look here and you may find…

when writing, i am at my most preoccupied with the intricate workings of the world.

oh dear, what have i done with my words?

who owns this mundanity?

just in case it’s not clear, all of the material on this site, unless otherwise noted, belongs to hupsutupsu, aka m. mariah voutilainen.  all rights reserved, © 2017 until present time, including those items dated otherwise.

buried under the sun

the sun glinted off the pit of their souls

blinding them to their own horrific

they made to deities whose homes

were found in temples

made of skin and bones

they saw them in the mirrors

gilding their own lilies

they saw themselves in mirrors

and were pleased with the reflections

where is their rage?

buried under the sun

if you haven’t read Pantheon yet, it should be on your shortlist…

As a keen reader of sci-fi and fantasy novels, I was very impressed by Eric Syrdal’s Pantheon.  For me, the title alone recalled deities of myth, promised encounters with larger-than-life heroes, and set up an expectation of sweeping verse.  Syrdal, a self-proclaimed romantic and sci-fi and fantasy enthusiast, does not disappoint:  He deftly weaves a tale of adventure, his protagonists crossing paths with virtuous Goddesses, who coax them toward their destinies.

As I read the first section, I worried that Pantheon was a little too heavy on the usual themes of fantasy and fairy tale:  Warhorses champing at the bit, armored fighters, swords at the ready, the proverbial dragon looming over the embattled heroic Poet.  Despite this, I continued on and was glad I did, for Syrdal quickly demonstrates that his story…

Equating home with family had always made sense to her before she had lived anywhere but this boreal country.  She knew with certainty that she was out of place here:  From her brash American-ness to her multi-ethnic appearance, no one could mistake that she was not of this land and never would be.  Curly black hair wild under her attempt at a hand-knit beanie, children still stared at her in unabashed wonder of her origin.  She had come here for her own children, but even though they could sponsor her residency, they could not make her any more acceptable in this place.

Nevertheless, she found a strange sense of peace in her bubble of otherness.  She was largely left alone, only spoken to when absolutely necessary, able to bask in her own thoughts during the quiet school days and nights when the children were asleep.  She filled the silence with songs and soliloquies or the quiet tapping of her fingers on the keyboard.  Soul food was different here, but nevertheless filled her belly with its bland richness.  Taking up a national hobby, she brushed off her needles and knit with abandon as if her creations would inspire admiration from anyone but herself.  One morning, she realized that she had dreamed in a language not her own, and thought:  Am I finally one of them?

She imagined what it would be like to go back from whence they came.  Things had changed:  Her homeland was a foreign country, more foreign than this place.  Her house had been renovated while she was gone.  Old landmarks and routines were no longer familiar.  Her driver’s license had expired long ago.  She could hardly remember street names or locations even though she had lived there for twelve years.  Shocking what absence could do.  For some, homesickness made the imprint of memories stronger.  She had never been homesick–her brand of sentimentality never allowed it.  All she had done was waved goodbye, let go, faced forward, and jumped head-first into a singular adventure of her own making.

Now in the kitchen, she peered through the blinds.  Much of her time here had been spent looking, staring, observing with intention.  She searched the evergreens in the distance, eyes stopping only once they lit upon her favorite building in the town.  In the summertime it was not visible; the foliage of cottonwood trees lining the back fence of the parking lot obscured the view.  But now, during the winter, the bare bones of the trees framed the castle with their phalanges.  It was tiny at this distance, even though she could reach it in fifteen minutes on foot if she left the apartment right now.  Its cone roof, slate grey against the sky.  Although she could not see it, she knew the lake, its face undisturbed, provided the perfect backdrop.  At night it was obsidian, reflecting the lights of the town.  In the long summer days it was wreathed with her favorite lupines in purple, pink and white.  The flowers and the lake were etched into her arm by a tattoo artist named Sanni.  The short-lived pain of carrying this special spot with her seemed a small price to pay.

She would miss this place. She felt a sadness that enveloped her entire being.  It was so powerful that she had to hold her breath to push it down.  She no longer knew where she belonged; too removed from her previous life, not enough invested in this one to plant herself firmly in a land of strangers who welcomed her as a curiosity.  There was no place that felt like home.  She wondered if there ever would be, and who she would have to become to find it. 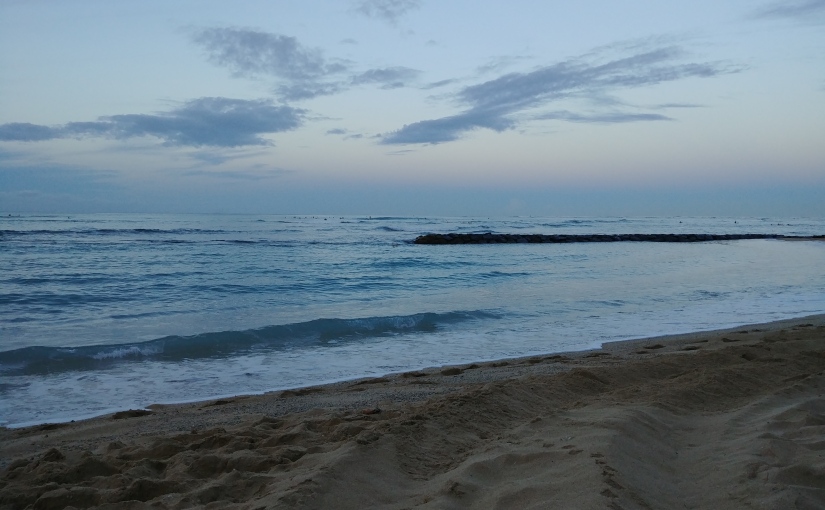 did you think that i had disappeared?

in the off-chance you wondered at my absence

i am still here

somewhere between up and down, right and left

suspended in thought, preoccupied in stillness

my feet have come to light upon the ground

i will try not to depart too soon

for our mutual liking, hoping that

you are still here

maybe returned from your own journey?

were you not dallying in the clouds?

making friends with the moon and stars?

seeking audience with the sun?

you were just waiting patiently for