look here and you may find…

when writing, i am at my most preoccupied with the intricate workings of the world.

oh dear, what have i done with my words?

who owns this mundanity?

just in case it’s not clear, all of the material on this site, unless otherwise noted, belongs to hupsutupsu, aka m. mariah voutilainen.  all rights reserved, © 2017 until present time, including those items dated otherwise.

i want to go so far north

that the harsh sun cannot reach me

where the comfort of darkness is the day

no, i do not want to live in a cave

just beneath the cover of an open night sky

starlight for my shawl.

She looked up into the sky, her strands of hair falling away from her face as it met the starlight.  It only took a few seconds, but she felt as if she could count each individual point, that’s how dark the night was.  And it was magnificent. A zephyr finished the job of drying the tears lingering on her left cheek, and she wished, surprised at her own irritation, that she could turn so her right cheek would receive the same gentle service.

Earlier that morning, when the day was still young and full of secrets, Marley left her bags at the bottom of the rise.  Perfunctorily brushing her trousers of imaginary dust, she mentally prepared herself for the journey ahead.

Water, dried fruit, mixed nuts, lip balm, first-aid kit, mace, cell-phone.  She ticked off her list again, although she knew everything was there in her small pack; she did not require much else for this trek.  It was an all-levels trail, plenty of elevation gain but nothing too treacherous.  Marley had completed many hikes like this, solo.  She relished the opportunity to be alone.

Marley was always surrounded by co-workers, friends, family, strangers:  She had a boyfriend, a best friend, a daily routine.  Marley was happy with and fulfilled by her job.  All-in-all, she was grateful for her many blessings and looked forward to the milestones she saw in the distance.  She had everything she needed, and didn’t require much else.  Marley had balance.

Mid-day, she had reached the plateau.  Finding a stand of hardy trees, she stood with her back to it and absorbed the view.  The sky was an open ocean just that side of blue, wave-like clouds at regular intervals.  Marley almost felt as if the land could not hold the sky up as the scrawny brush and tumbleweeds below only seemed to be crushed under its massiveness.  She breathed in the warm, dry air and took a sip from her water-skin, dribbles of liquid running down her front and dotting the dirt by her feet.

Rather than head down immediately, Marley walked a partial perimeter of the plateau, taking care not to go too close to the edge.  By now, the day was quite warm, and she had rolled up her sleeves, baring browned skin peppered with freckles and bathed in a film of sweat.   From every vantage point she could see the dichotomy of sky and earth, and as she made her way back to the trail-head, Marley noticed another path down–it would take her closer to area where she parked her car.  Bending to convenience, Marley began her descent on the new trail, eager to see what lay below.

Easier by far than the ascent, the climb down was speckled with wildflowers emerging from between rocks and tall grasses that had sent roots deep into the side of the hill.  Occasionally Marley looked back at where she’d been, marveling at the incomparable beauty of the sky as the sun approached the west. With a sudden pang of disappointment, she realized there were no photos to commemorate her day up on the plateau.  She would take one now, of the sunset.

As Marley reached around to grab her pack, something inexplicable happened.  All in a moment, she found herself with both hands on the ledge, legs dangling free along the side of the cliff. Her bag was sandwiched between her chest and the rock.  Don’t look down, was Marley’s first coherent thought.  Don’t let go was her second, more urgent demand.

Be practical was the third thought that came to Marley’s mind, after she had managed to slow her breathing.  She knew her arms were strong, maybe she could pull herself up?  Not moving an inch, Marley dragged her eyes upward to assess the situation.  Her heart was still racing, so she closed her eyes.  She attempted to pull with both of her arms, but her pack made it impossible to move.

And then, almost imperceptibly, Marley’s fingers dampened with sweat.  The tiny rocks and granules of dirt felt like needles as they pressed into the skin of her hands and in between the ridges of her prints. The gravity of her predicament was not lost on Marley.  Her mind raced almost as fast as her heart with this realization.  Her tear ducts acted without permission and the heat of fear marked her cheeks.  She rubbed her nose in frustration against the rock face.

She knew she had only two options, and would not consider the second until the first proved untenable.  She slowly allowed her left hand to release from the ledge.  Her stronger right arm could hold her a little longer, she thought.  Marley would unzip her pack, slowly.  She would take out her phone, slowly.  She would use her emergency call feature.  This way, she could at least leave a message for her family, her boyfriend, her friends, her co-workers.  She would not look down.

But she could not reach her phone.  Try as she might, Marley was no contortionist.  She laughed nervously, surprised she could find humor in such a dire situation.  And when she opened her eyes, Marley saw the sky.  The sun had already set, and the darkness of night, unblemished by light pollution, had arrived more quickly than she anticipated.

Marley drew in breath.  She breathed in the dust of the rock, nuzzling it lovingly this time.  She pulled the sounds of the wind and her own breathing into her being and held them there for a moment.  In her exhalation, she relinquished the thoughts of guilt and sadness about not having a few last words with her loved ones.  She allowed herself to bathe in the glow of the stars and shadows.

Her left arm dangled, heavy, by her side.  Her right arm was growing more and more stiff, her shoulder muscles too tired even to quake with fatigue.  Marley looked out at the now invisible horizon, imagining herself  holding up the sky as it melted into the earth.  She had already been holding on for who knows how long, her purchase painful but desperate.  But Marley was no longer afraid.

And so she let go.

found in an antique shop,

she pulled from between the leaves

(it was a gilded treasure of a book)

an almost translucent slip of paper

she read and then held it close

as if she were the intended recipient

for she had never known a love

the book in which it was pressed. 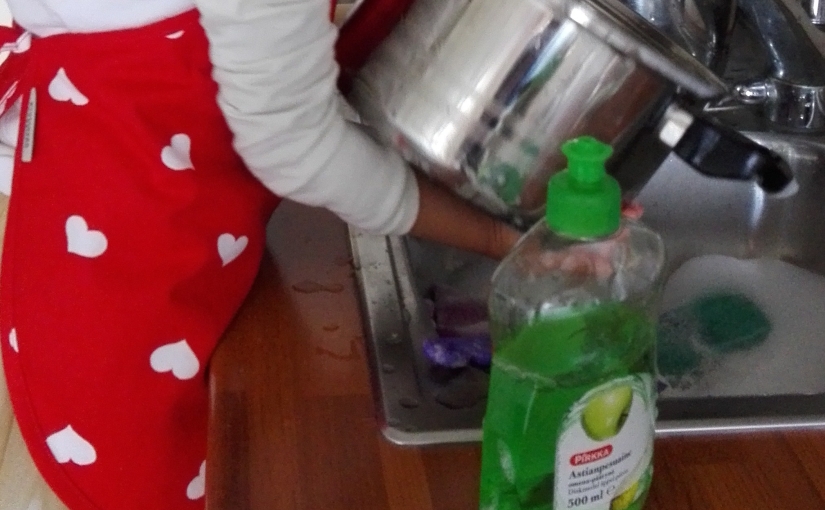 housework as a meditative exercise in first-world escapism

as a general rule, i do not dislike

the “neatening” and rearranging of possessions,

the act of discarding everyday waste.

it is strangely comforting, but

it is a disingenuous act of outer purification:

pushing that which is difficult to divest oneself of

into the recesses of a seldom opened closet or drawer,

maintaining the impression of cleanliness

as if it were a badge of honor.

never leave the house a mess,

what if you were to die

and the disorder of your life

upon a cursory inspection

by the executors of your will?

i am irrationally plagued by that imagined

as if my liberated soul would have time

to reflect on such trivialities.

and so i slavishly resign myself

to this meditative routine:

breathe in the trappings of middle-class luxury

breathe out the knowledge of poverty and suffering.

breathe in luck and entitlement

breathe out dust and dirt

breathe out feelings of disenchantment

this mantra is so ingrained

that it has become a psychosis;

i am so tired of the mess

there sits a magpie

(re)imagining the mundane
Blog at WordPress.com.